Do circumcised men experience less sexual pleasure than their uncut brethren? That question is at the heart of a passionate battle between pro- and anti-circumcision groups in the US. While those fighting routine circumcision claim that removal of the foreskin deprives a man of the most intensely sensitive area of his body, proponents of the operation argue that any loss in penile sensitivity is outweighed by various health benefits such as a reduction in the risk of contracting several types of sexually transmitted diseases (STDs). This article looks at recent studies conducted on the importance of the foreskin in sexual pleasure. 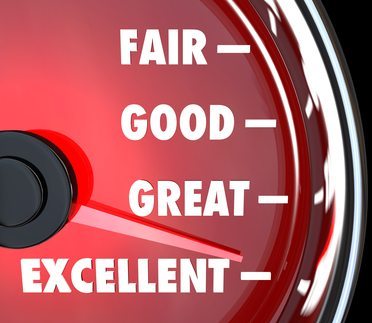 Two studies completed in 2013 encapsulate perfectly the competing arguments surrounding the effect circumcision has (or doesn't have) on penile sensitivity and sexual pleasure.

This Study Says it DOES

The first study, reported in February 2013, surveyed 1,369 men (310 of whom were circumcised) through leaflets given out at Belgium railway stations. It asked the participants, all over the age of 18, to score out of 5 the sensitivity of the head of their penis when it was stroked by them or their partner, with 5 being the most sensitive.

The results, said the researchers, were 'significant' -- uncircumcised men reported an average sensitivity score of 3.72, higher than their cut counterparts who reported only 3.31. In addition, said Dr Piet Hoebeke, the chief author of the research at Ghent University Hospital, uncut men experience more intense orgasms. 'Circumcision DOES reduce sexual pleasure by making manhood less sensitive' read a headline in the UK Daily Mail when the results were publicised. But if anti-circumcision campaigners were expecting the news to confirm what they've believed all along, they will have been disappointed by the results of the next bit of research into penile sensitivity.

This Study Says it DOES NOT

In December 2013, it was revealed by Australian scientists at the University of Sydney that circumcision has little or no effect on penile sensitivity, and used 36 studies involving more than 40,400 men (half of whom were circumcised) to make their point. They graded each study using official guidelines, and concluded that circumcision had 'no adverse overall effect' on sensitivity, arousal, sensation, ejaculation, achievement of orgasm, pleasure or satisfaction.

The scientists asserted that their methodology was impeccable, noting that studies that said circumcision had negative effects were of poor quality. 'It's Official: Circumcision DOESN'T affect sexual pleasure, according to biggest ever study of the issue', reported the UK Daily Mail, nine months after its report on the Belgian study.

The biggest obstacle facing both sides of the debate is that there's no easy way to prove unequivocally that circumcision reduces sexual pleasure -- just as there's no way to prove that it doesn't. Those who argue against the necessity of the operation point to a study in San Francisco in which researchers from the National Organization of Circumcision Information Resources Center (NOCIRC) measured 'fine-touch pressure thresholds' to assess the reactivity of 19 points on the penises of uncut men, and 11 points on the penises of their cut counterparts. What they discovered was that the circumcised participants felt the greatest sensitivity on the circumcision scar on the underside of the shaft; the uncircumcised men, however, responded to pressure in five areas that are removed during circumcision. In addition, said the researchers, each of the five areas was more sensitive than the most sensitive area of the cut penis.

Proponents of circumcision weren't having any of it; prominent Australian scientist, Professor Brian J Morris, hit back, saying that claims of uncircumcised sensitivity being greater than circumcised sensitivity were false, and that analysis of the data revealed there was in fact no statistical difference in sensitivity between cut and uncut men. The NOCIRC statistics showed a marginally significant difference for the orifice rim only, Morris said, but even this difference disappeared when a correction was performed on the data in order to eliminate false positives owing to multiple testing.

This Study Says What SHE THINKS

But the NOCIRC study wasn't the only one to hint at differences in the sexual sensations felt by cut and uncut men. Statens Serum Institut (SSI), a Danish research enterprise, surveyed 5,000 sexually active Danish men and their partners and concluded that cut men were more likely to suffer from delayed ejaculation (DE), and that their female partners were twice as likely as the partners of uncircumcised men to be sexually unfulfilled.

SSI attributed this discrepancy to the fact that the head (or glans) of a circumcised penis develops a layer of keratinised skin which decreases sensation, thereby increasing the need for a cut man to thrust more aggressively during sex. This, in turn, resulted in less satisfying intercourse for their female partners.

If all this sounds convincing to you, then you will want to read about foreskin restoration. Yes, it is not the real thing, but with restoration devices, you can create something similar.

You Saw the Studies, NOW WHAT?

The only thing that is certain about the circumcision debate is that the anti-circumcision lobby will continue to insist that circumcision significantly reduces sexual pleasure while proponents of the operation will insist that it doesn't. Is the fact that there is such controversy over whether circumcision reduces penile sensitivity sufficient to discourage parents from getting their sons circumcised? While that question is impossible to answer with certainty, it may well be a factor in the fading popularity of circumcision in the US.