"Male enhancement" is one of the most popular subjects of Internet searches, with good reason. More men than ever are dealing with erectile dysfunction. Many others simply want to be able to safely enlarge what nature gave them. Whatever the motivation, surgery or pills need not be your only -- or even your primary -- options. Penis stretchers and penis pumps offer alternate ways to achieve your goal. Here's a breakdown of the pros and cons of both so you can decide which will it be for you in this stretchers vs pumps comparison.

Does size matter? Of course it does. Penis stretchers or extenders are the tool of choice for men who want to be longer. Stretchers employ the principle of "traction" to physically and permanently enlarge the penis. Traction is best defined as force consistently applied to pull on a bodily part to encourage it to stretch or grow. Stretcher or extender devices are worn on the penis and literally force penile tissues to elongate by employing long-term, sustained pressure.

Using traction to reconfigure a part of the body is well recognized in the medical community. Orthopedic doctors commonly use traction to bring the ends of broken or malformed bones into alignment so they can properly heal. In some cases doctors will actually elongate the bone itself to correct deformities or congenital defects.

When you use a penis stretcher, you are prompting your penis to grow in size by relying on your body's innate ability to repair itself. In a sense, traction can be considered a mild form of trauma. When applied to the penis, the stretcher challenges the penile tissues by first breaking them down. The body then responds by rebuilding the tissues, making the cells stronger and forcing them to expand and multiply.

This physical reaction is almost exactly what happens to your muscles when you begin to train with heavy weights. As a beginner, you first feel discomfort after a workout because the effort has caused minor trauma to the tissues. However, with sustained effort, the muscle tissues rebuild and grow in order to enable the body to meet the challenge of increased training. The same principle applies to the tissues and cells of the penis when traction is applied regularly and consistently.

While this outer cell breakdown and reconstruction is going on, the internal portions of the penis are also forced to grow. Inside the penis are two long cylindrical chambers called the corpora cavernosa. When your penis becomes erect, its size depends in part on how big these interior chambers become when they engorge with blood. Using a stretcher to increase the overall size of the penis will, by default, also increase the size of these internal chambers. The end result is greater girth and a bigger, longer penis.

Stretchers are also popular with men who suffer from Peyronie's Disease. Peyronie's causes an unnaturally pronounced curvature of the penis. Sufferers may have a penis that curves sharply to the right, to the left or straight downward. The condition may develop rapidly and painfully. Sexual activity often becomes intensely uncomfortable. Frequently, however, the discomfort is nothing compared to the toll Peyronie's Disease can take on a man's sexual confidence. A penis stretcher can often assist in correcting the curvature brought on by Peyronie's Disease.

There are two primary types of penis stretchers -- the "noose style" and the "strap style" extender. Both types have a lot in common. They start with a ring at the base of the device which slides over the penis and sits against the body. Two rods attach to this base and extend along the penis shaft toward the head. Sometimes the rods themselves are spring-loaded. In other styles, a slider runs along the posts to which a strap or noose is attached. The fastener near the head of the penis is what differentiates noose extenders from strap styles.

The noose extender is the elder statesman of penis stretching. This classic style has been around in some form for more than a quarter of a century. The noose is typically made of silicone or rubber tubing that slips around the penis just behind the head, thereby attaching the device securely to the body. 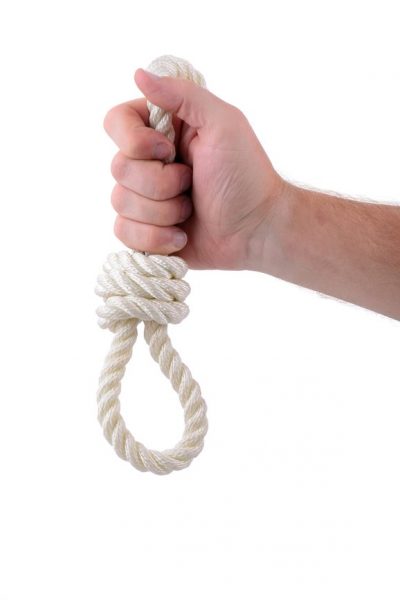 The noose needs to remain fairly tight at all times to maximize the application of traction to the shaft. For some men this can present a significant problem, as the relatively slim noose can exert a bit of a choking effect on the penis. Restriction of circulation due to this choking effect is a common complaint for some users.

Strap extenders are the modern cousin of the noose style stretcher. Available models may come with a velcro strap, a comfort strap or a traditional strap. What they all have in common is that this stretcher style is designed to cover a wider physical area of the penis. The benefit is obvious -- pressure is applied evenly over a wider area of the penis shaft, minimizing the tight, choking effect near the head that many users of the noose style extender dislike. This design allows for greater blood circulation during extension, which is critical for cell repair and tissue growth. 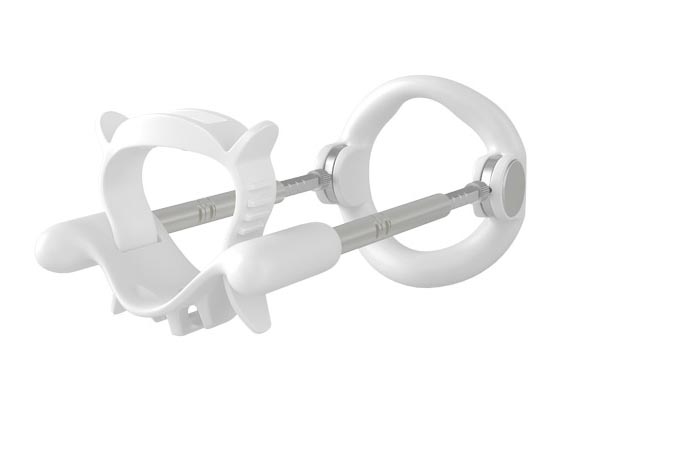 Example of a strap extender

Strap extenders are also safer, because they promote blood circulation rather than pinching it off. Additionally, this style works well for both circumcised and uncircumcised men. Examples of popular strap stretchers currently on the market are the Size Genetics extender, the x4 Labs extender and the Male Edge extender.

Stretchers must be worn regularly and consistently to achieve the desired growth effect. Generally speaking, you must be prepared to wear a stretcher for 4 to 6 hours a day for six months or more. It is best to take a break at least one day a week to allow the penis time to repair and grow. Don't wear a stretcher to bed, as you might roll over onto it or get it caught up in the sheets, causing injury.

Stretchers have been known to achieve gains of up to 33 percent in penis size, adding roughly 1-3 inches in length and 1.5 inches in girth. Such gains can be permanent. That's a best case scenario, of course. Your mileage may differ.

Pros and Cons of Penis Stretchers

Penis stretchers can be a godsend to men who are committed enough to their use to follow a careful regimen of almost daily use. Abnormal curvature can be fixed; size and girth can be permanently increased. However, there are also a number of significant problems associated with penis extenders.

Perhaps the biggest issue is the risk to blood circulation. If you use the noose style stretcher, you may need to remove it frequently to ensure it doesn't impede blood circulation to the head of the penis. Removing it frequently means taking it off for 20 minutes out of each hour of use. That's a lot of fiddling around with your johnson during the course of a day.

Some of these devices are not especially comfortable pressed against the pelvis. In fact, penis stretchers will be uncomfortable to a certain extent no matter which model you use. Be willing to accept that inevitability or prepare for disappointment. Lack of comfort is the reason over 70 percent of former users gave up completely on penis extenders, sometimes after trying two or three of them. These items can cost between $200 and $400. That's a lot of money down the drain for something you may end up not using. If you're shopping for an extender, do so carefully and pay attention to comfort issues when reading product reviews.

Men who are looking for temporary help with erectile dysfunction may find the boost they need from a penis pump. This is particularly true for men who can't or don't want to take drugs like Viagra, Cialis or Levitra. A penis pump is a demonstrably successful alternative when the goal is immediate enlargemet, for both assistance with ED and improved erection quality. I've used a bathmate for going on 2 years now, and vouch for its effectiveness. Hydro penis pumps simply are the only male enhancement device that can provide an immediate boost in erection size.

I Recommend Hydro Penis Pump Like the Bathmate, especially the Hydromax Xtreme model that comes with a hand pump. After personally reviewing it, I 100% wish I started with it over the Hercules.

A penis pump, known to the medical community as a "vacuum constriction device," is a hollow canister or cylinder that slides on over the penis. The user holds it tightly against the body and operates a manual or automated pump to create vacuum pressure that engorges the penis with blood. Typically, to maintain this erection, the user must apply a tight constriction ring to the base of the penis to trap the blood.

A man can achieve an erection using a pump in as quickly as a minute, though it could take up to seven minutes or more to do so. Be sure once that erection occurs you don't leave the constriction ring in place longer than about 30 minutes.

The Pros and Cons of Pumps

Pumps have the advantage of providing an immediate result with minimal risk, if properly used. Many men are bothered by the side effects of drugs like Viagra, Cialis or Levitra; using a pump instead of a pill avoids that problem entirely. For the most part, pumps are also less expensive than other options and always ready when you need them.

On the downside, having to use a pump can infringe a bit on sexual spontaneity. Users need to be ready to go immediately after pumping up. They also need to be done within about half an hour so the construction ring can come off.

Of course that only applies if you are using one for ED. If not, then its "tally-ho away you go!"

Take care to avoid prolonged or excessive use of a penis pump, as injury can occur. Don't overdo the pumping -- you can burst blood vessels and cause blisters. Avoid using a pump if you have vascular disease, are diabetic, have sickle cell anemia or take blood thinners.

Examples of popular penis pumps include the Penomet pump and the X4 Labs pump. By far the best option, however, is the Bathmate hydromax xtreme pump (which I got here). The hydromax xtreme is unique in that it comes with a hand pump for quick, intermittent pumping, that will ensure a healthy flow of oxygen carrying red blood for maximum effect. Bathmate offers a variety of effective pumps priced for every user, such as the Hercules (here's my 1 year review), but their best is by far the Xtreme --the hand pump is worth it. I just wish they had it available when I first started!

Whether to choose a pump or a stretcher will depend on your goals. If you're looking for immediate gains that happen in 15 mins a day, then a pump is your best bet. On the other hand, if you are trying to correct a curvature problem or are looking for long term length enlargement of the penis, try a strap styled stretcher like the phallosan. You can gain length with a pump, I did, but where it excels is definitely girth enhancement.

Of course, one option not discussed here is using both. While expensive, it is an option many men that have aggressive enlargement goals choose. It's not for everyone though! While you can gain quicker, it does take a higher level of commitment that most men are not ready for.

So, which will it be for you, a pump or stretcher? Or both?