Month 4 has ended, and that means it's time to report on how the pump and stretch challenge is going.

There are 8 months left in this challenge, and by the end of it I hope to have chronicled a full years worth of use, so that others can see what is possible, or not possible, with a pump and stretcher combo.

Full disclosure: I've used the bathmate for a full year by itself, but never saw permanent gains after taking a year off from it, so I am combining it with a stretcher to see if the results are not only better, but if it is permanent as many claim to be true. Once it is done I do plan on taking time off to see if the results stick.

How much has been spent on this challenge?

The X4 was bought because I wasn't satisfied with the Phallosan.

It's also given me something to compare the Phallosan too, which has been helpful.

I expect the total dollar amount I've spent on products like this (outside this challenge) to be over $1000. That's $1k of my own money spent testing products to see if the claims really are true.

But, in the end, when this experiment has ran me broke, I'll at least be able to say I was transparent about my results, and maybe helped shed some light on what it's like to wear a stretcher for 6 hours, or pump for a full year.

It's also better to know the answer to a question, than to wonder about it your whole life.

And let's be honest here, what guy hasn't wondered if he could enlarge his penis?

Here are some of the highlights from July:

I try to put in as much as I can into these reports. If anything is left out it's because I ran out of time and couldn't add it, and not because I wanted to hide the truth and filter something out to make myself look good.

Again, the goal here is to be transparent about the difficulties and hard-earned successes of using a pump and stretcher for a year.

What Numbers to Expect

In each report you will see these stats:

Other things will be tracked too, because every little bit counts.

In the time I've been doing kegels I've already seen an improvement in stamina. It's amazing how this simple exercise can improve control.

I use morning wood as an indicator of my health. It also may tell me if I've damaged anything down there from stretching or pumping.

June's stats made it clear that I needed to get in more sessions, since I was going to continue on with shorter (but recommended) 15 minute sessions with the Bathmate. This worked out well in the beginning of the month, and I did get some 2x daily sessions in there, but fizzled as the month progressed.  It ended well though, and I was able to get in more sessions than there were days in the month, which is a first in this challenge.

I am happy to report that no injuries were sustained and that july was an easy month in the pumping department.

It was easy to fit in 15 minute sessions, and it was nice not having to treat any injuries. 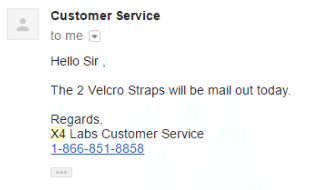 Early on in July I emailed X4 Labs about the missing velcro straps. 3 days later I got a reply.

It's good to see that everything worked out in the end, and that I'm now able to play around with the velcro straps.

I must admit I am still figuring out the x4 extender, but having clocked in 28 hours of use - of 1 hour long sessions - I do think I will have it figured out soon.

The theme of the month was Edema. Swelling, odd looking edema.

Aka doughnut effect, water retention, or what those in panic refer to as, holy @#$! my penis is swelling!?!!

It's the 4+ hour sessions that can really bring it about, with foreskin again being the area most effected.

This kind of problem is probably something you won't encounter if you are cut.

It's unsightly, but for the most part I've accepted it as a normal side effect of extended stretcher use.

Silicon sleeves have helped, in that they compress the skin which prevents mass accumulation of fluid, and I will likely use the ones I've purchased more frequently as my average wear time nears 4 hours.

If you didn't know, compression is a strategy often used in what is known as condom pumping. Edema is common in pumping, and users will wear a condom to help prevent it.

This month I am happy to report both girth and length was gained!

Not much to say here other than I slacked on the kegels. I'm happy with the performance boost (stamina) this simple exercise has already delivered, and so doing more hasn't been a priority.

But, that's lazy, complacent thinking right there... and it needs to go.

I am still taking Sinrex and using creams, and will continue with those.

Next month I will try to add in more 2x/day pump sessions, in an effort to beat the 32 sessions I had this month.

Also, I plan on adding in more sessions with the X4, and longer wear times with the phallosan, bringing my average wear time up to 4 hours.

Eventually, I hope to hit an average wear time of 6 hours, as it is the recommended amount for the phallosan, and should provide better results.

Since hitting the magic 3 months, the challenge has progressively become easier. This month was a pure reflection of this.

Hopefully the next 8 months are too!

How about you? Have you been pumping or stretching? Share your results in the comment section below.

Continue to the next update: Month 5